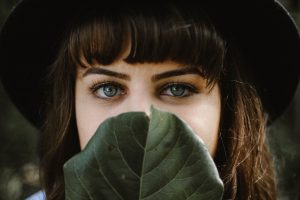 When you stand tall and lift your chest, don’t you feel much better? You look better also, as your posture improves. Breathing capacity improves, as your diaphragm lifts to help expand your lungs. We need to breathe to live. Breathing sustains us and can also teach us about our current physical and psychological state. You get some great news, hold your breath in anticipation, or exhale out to relax more. Our wavelike breathing is our life force, but did you know that breathing out makes you lose fat?

The rate and depth of breathing is influenced by changing levels of carbon dioxide, oxygen and hydrogen ions in our blood. When it comes to losing weight, why is breathing so important? And where does the fat go? Does it turn to energy or convert to muscle, as commonly thought? The process is all about biology, as fat mostly converts to carbon dioxide and leaves the body through breathing. Scientists, in a report published in the British Medical Journal, explain how our lungs unlock the carbon stored in fat cells. Replacing one hour of sitting with jogging, for example, raises the metabolic rate to seven times that of resting and removes an additional 39 grams of carbon stored in fat cells. Our lungs are responsible for weight loss, via our inhalations and exhalations. The diaphragm, like a big parachute, contracts and relaxes nonstop, drives respiration and is the central breathing muscle.

Get good at breathing

Running up a flight of stairs is one of the best ways to improve cardiovascular fitness. It’s a practical, quick and easy way to breathe hard, and gain some fitness in a busy day. But for the rest of the time, what if you became really good at breathing?

It helps to understand just how much space the diaphragm needs to expand and fall with inhalations and exhalations. The diaphragm sits beneath the lungs and is above the organs of the abdomen. It is the major muscle that drives respiration. Respiration consists of moving gases in and out of the lungs, and circulation is the transport of these gases to the tissues.

Like a lopsided mushroom, the diaphragm is attached to the sternum and the lower six ribs, and to the first three lumbar vertebrae, via two tendon-like structures called crura. The crura, like strings, extend down to the psoas and lower back muscles. The joints of the lumbar spine and upper back also play a part in how well the diaphragm expands and contracts, and therefore the quality and depth of breathing.

At the top of the diaphragm, a central tendon attaches in front of the pericardium, the covering of the heart. Equally, the muscles of the abdomen and the external and internal intercostal muscles assist in drawing the ribs in and out. Normal breathing is rhythmic, driven by neuronal networks within the brain. Breathing also depends on the elasticity of the lungs; they have to lift and fall back. Breathing needs a lot of space, from the heart riding up and down on the lungs, to the spine stretching to accommodate inhalation, as well as the stomach muscles and pelvic floor. So it comes as no surprise that posture, standing or sitting tall, with the chest lifted, stomach in, can help you breathe and move better. Worth a big exhale.

Imagine the diaphragm to be a parachute. As you breathe in, the center of the parachute drops downward, the sides billow and the cords loosen. As you breathe out, the canopy expands upward as the cords become taut and anchor down toward the pelvic floor. (Adapted from the Franklin Method )