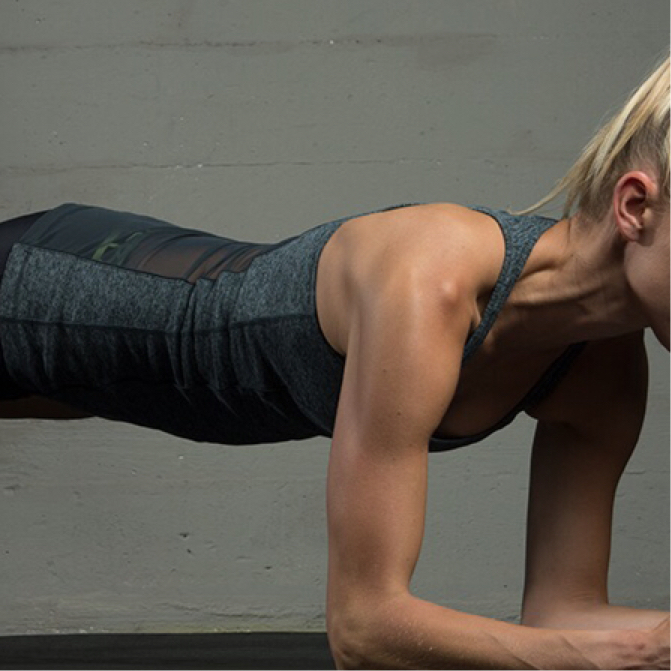 You may already lift weights, but is your workout working? What if you modernize a few moves? With the growing prevalence of chronic and overuse injuries, particularly in the middle- age population, you might be ready for safer alternative exercises. In 2013, there were more than 10 million doctor’s office visits for both lower back pain and shoulder symptoms. The shoulder joint and the back are two important areas where the combination of previous injuries and inappropriate exercises can initiate injury, damage soft tissue or exacerbate an existing injury. Behind-the-neck pulldowns and loaded lateral flexion (e.g. dumbbell side bends), once fitness standards, are two examples. Choosing newer, evidence-based alternative exercises can save you time visiting doctors and physical therapists and help you reap better training results.

Be kind to your shoulders

A traditional exercise is behind-the-neck pulldowns. Forget your old high school training and don’t put the shoulder and cervical spine at risk of injury. It is estimated that up to 70 percent of people have a shoulder injury in their lifetime. Shoulders need the strength and flexibility that allow you to reach, hold, lift, carry, press and pull, pretty much what you do daily. It’s the most movable joint, and very shallow at that. The shoulder joint is a ball-and-socket joint, with the ball—the head of the upper arm—attaching into a small shallow socket (glenoid fossa), giving the joint inherent instability, often described as a golf ball sitting on a tee. The shoulder is also held together with an elaborate system of muscles, tendons and ligaments, including the rotator cuff muscles, which stabilize the joint during all the pushing and pulling activities that you do. Pulling a bar down behind your neck can lead to rotator cuff instability, suprascapular neuropathy and an increased risk of anterior capsule instability.

The same is true of behind-the-neck shoulder presses, with their risk of repetitive stresses on the joint because of the extreme range of motion. Bringing weights down behind the cervical spine causes excessive forward head tilt, or flexion, and has risk, as it could lead to transient upper-extremity paralysis or transient nerve injury. Aim for having your arms 30 degrees in front of you to allow your weights to be positioned in your body’s center of gravity throughout the lifts instead. You’ll have a better mechanical advantage, and better sports specificity.

What is the right workout that will preserve your back instead of destroying it? Dr. Stuart McGill, professor of spine biomechanics at the University of Waterloo, thinks that often the causes of back troubles are replicated in the exercises. When it comes to core work, often the public and even personal trainers focus on moves like sit-ups, often loaded with weight, or back hyperextension called ” Superman,” an extended posture that results in intervertebral disk loading. Similar exercises such as Pilates roll-ups or Russian twists, for strong abs, says McGill in his book “Back Mechanic,” put unnecessary loads, compression and strain on the discs. The loaded dumbbell side bend, for example, increases the likelihood of disc herniation.

Planks and exercises like the framer’s carry improve core stiffness and trunk endurance—much better predictors of low back health. Super stiffness builds whole body stability, while sparing the joints. Splitting wood with an axe is an example that McGill uses as an analogy:  At the instant of impact, a total body “stiffness” is generated by a rapid contraction of all your core muscles, and spares your back. Check out link for safe alternative exercises~ /vimeo.com/251402324
Published in the Idaho Mt. Express January 19, 2018.